This Saturday I joined over 200 pro-choice activists from around the country for the first (of many) planning meeting of the Irish Choice Network. The ICN is a newly-formed campaign giving Ireland’s pro-choice activists and groups a space to work together to bring about safe and legal abortion in Ireland. Over the course of the meeting, we discussed how we got to where we are today, where we want to be, and how we’re going to get there.

The meeting began with opening remarks from Ailbhe Smyth. Smyth spoke of the generations of women left waiting for legislation- her generation, their daughters and now granddaughters- and how pro-choice activists have been pushed aside and shamed time and again. But we are in a space now where things can change. We have the benefit of seasoned activists with experience of many abortion campaigns as well as a new generation of women for whom the word ‘abortion’ is not scary and who understand the normality of women who terminate their pregnancies. We have the opportunity right now, she continued, to create a national, broad based and serious campaign to achieve abortion legislation in Ireland. Maybe not today or tomorrow, but soon. And we start here. 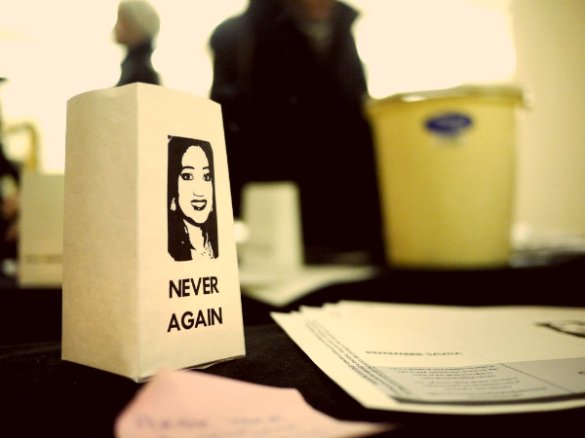 “In the supposed safest country in the world to give birth, how did Savita lose her life?”

Next to speak was Sinead Kennedy with a history of anti-abortion laws in Ireland. Did you know that the Offences Against The Persons Act banning abortion in Ireland dates from 1861? Or that it was the same act that was used to prosecute Oscar Wilde for homosexuality in 1895? This is the law that governs women’s bodies in 2012. But it gets worse. In 1983, despite the absence of any pro-choice campaign at the time, the 8th Amendment was added to the Irish Constitution. This amendment gives equal weight under Irish law to a pregnant person and their fetus/embryo. From the moment of conception, an Irish woman’s life is legally considered no more valuable than the fetus inside her.

Unsurprisingly, it wasn’t long before the consequences of this became apparent. In 1992, a 14 year old child- known only as X- was raped and became pregnant. She and her parents planned to travel to the UK for an abortion. Her parents asked if and how DNA from the fetus could be used as evidence in prosecuting her rapist. Instead of allowing this, an injunction was taken out preventing X from leaving the country to procure an abortion overseas. The prospect of being forced to bear her rapist’s child led to X becoming suicidal. With massive support from the Irish people and a Supreme Court ruling that suicide was a genuine threat to her life, the injunction was lifted. The Supreme Court ruling, however, also noted for the first time the distinction between a threat to a woman’s life and her health. There is no protection for a pregnant person’s health in Ireland if this conflicts with the supposed interests of their fetus. And without legislation, history was bound to repeat itself. In 1997 it did, with the almost-identical case of 13-year-old Miss C. Despite two referenda in 1992 and 2002 and High Court and Supreme Court judgments, governments have done nothing. In the meantime, Savita Halappanavar died.

Continuing, Kennedy stressed that legislation for X, although overdue, is not enough. We need to protect more than women’s lives. We need acknowledgment of our right to health, and of our right to control our own lives without being considered criminals for doing so. 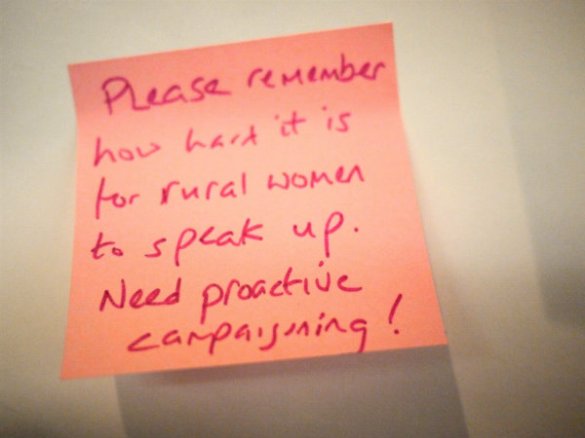 The final speaker, Aoife Dermody, went through the aims of Saturday’s meeting and the pro-choice campaign. We need immediate action on the X and C judgments. We need to educate the wider public on the need for action, and to mobilise support from diverse groups in Ireland. Finally, we need to promote up-to-date, relevant, evidence based information to create policy & challenge anti-choice rhetoric. With those aims in mind, the floor was opened for discussion.

Summarising the discussion in all its detail would be impossible. However, major themes were strategy. Do we campaign initially for legislation on X, and when that is achieved work towards repeal of the 8th Amendment? Or do we look for repeal from the beginning? How do we work with groups who may agree with us partially but have different ideas on the extent of legislation? Some quotes from the discussion:

“If womens lives are equal to those of their fetuses, why are we not investigating 4000+ murders a year? If antichoicers believe that, why are they not acting?”

“Choice matters. It’s not abortion on demand or abortion on request. It’s a woman’s right to choose.”

“I’d be a little afraid to go into hospital in Ireland given current legislation. Why should Irish women be scared of going to hospitals, of all places?”

[If and when X is legislated for,] “What mechanisms will women be given to access lifesaving abortions? Will we still be at mercy of antichoice doctors’ decisions?”

“We need to be careful of using words like “Irish”. We need to include immigrant women who may not even have right to travel”

“Our campaign needs to include trans men: they get pregnant and need abortions too”

After this, everyone split into smaller groups where we facilitated discussions on what is to be done- and how we can do it- in five areas: lobbying and politics, partnership and outreach, funding admin and training, media, and direct action. As I was facilitating this myself, all I can tell you about this is that there were no shortage of creative ideas and energy from any group. Results from the groups is being collated, and we should have a clearer framework of where we want to go and how we’ll get there soon.

I left the meeting inspired, energised and optimistic. Like Ailbhe Smyth said: we know where we want to go. We won’t get there today and we won’t get there tomorrow, but we won’t stop until we have what we want. Free, safe, legal abortions in Ireland.